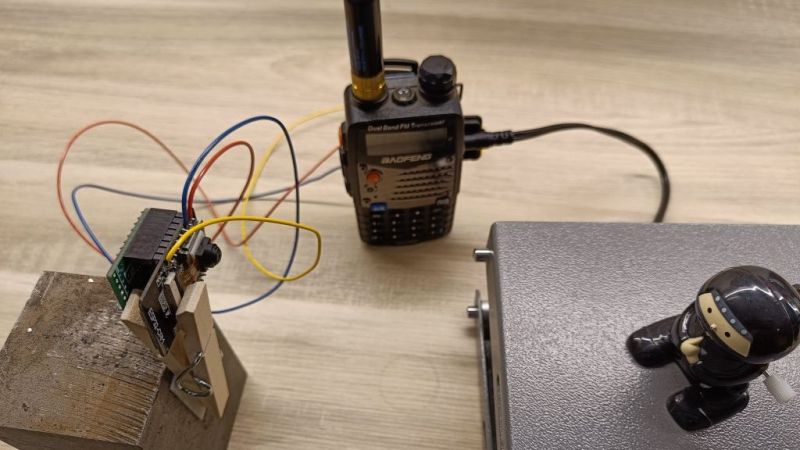 These days, sending a picture to someone else is as simple as pulling out your smartphone and sending it by email or text message. It’s so simple a child can do it, but that simple user experience masks a huge amount of complexity, from the compression algorithms in the phones to the huge amount of distributed infrastructure needed to connect them together. As wonderful and enabling as all that infrastructure can be, sometimes it’s just too much for the job.

That seems to have been the case for [Dzl TheEvilGenius], who just wanted to send a low-resolution image from a remote location. It turns out that hams solved that problem about 70 years ago with slow-scan television, or SSTV. While most of the world was settling down in front of “I Love Lucy” on the regular tube, amateur radio operators were figuring out how to use their equipment to send pictures around the world. But where hams of yore had to throw a considerable amount of gear at the problem, [Dzl] just used an ESP-32 with a camera and some custom code to process the image. The output from one of the MCU’s GPIO pins is a PWM audio signal which can be fed directly into the microphone input of a cheap portable transceiver.

To decode the signal, [Dzl] used one of the many SSTV programs available. There’s no mention of the receiver, although it could be pretty much anything from another Baofeng to an SDR dongle. The code is available in the article, as is an audio file of an encoded image, if you just want to play around with the receiving and decoding side of the equation.