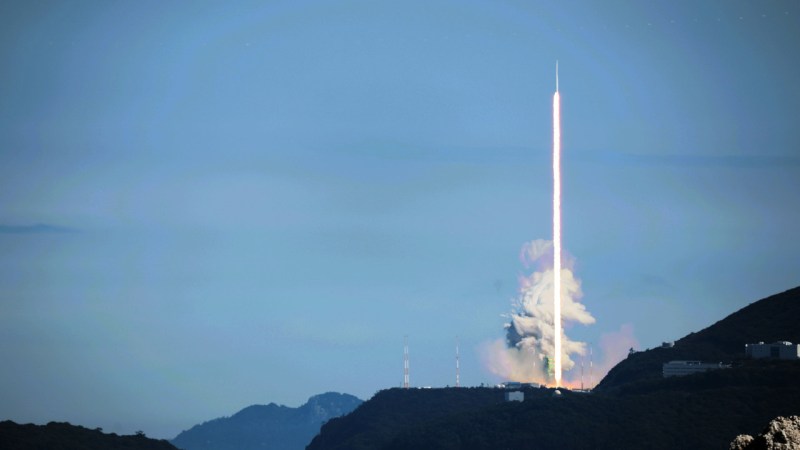 South Korea’s domestically developed KSLV-2 “Nuri” rocket successfully placed six payloads into low Earth orbit Tuesday, after lifting off from from Naro Space Center at 4 PM KST. This follows an earlier attempt in October which failed to reach orbit after the booster’s third stage engine shutdown prematurely. The flight followed an initial trajectory over the East China Sea, after which the upper stage steered out towards the Philippine Sea, finally placing the payload in the desired orbital inclination of 98 degrees. This less-than-ideal path wasted energy, but ensured that the first and second stages fell into the ocean and not onto people. Success was confirmed shortly after launch as the vehicle passed over South Korea’s King Sejong Station in Antarctica.

The payload on this test flight was primarily a mass simulator of 1.3 metric tons, but a small Performance Verification Satellite (PVSAT) was included, for a grand total of 1.5 metric tons. The PVSAT itself monitors vehicle performance, but also serves as a carrier for four CubeSats. These were developed by engineering teams at various local universities and will be deployed in the coming days.

If you’re inclined to track these, the launch has been given COSPAR ID 2022-065 and the first three objects (third stage, dummy mass, and PVSAT) have been assigned the NORAD catalog numbers 52894, 52895, and 52896. It’s too early to tell which is which at this point, but as more data about their respective orbits are collected, it should be possible to tell them apart. The next four catalog numbers, 52897 – 52900, have been reserved for the CubeSats once they are released.

With this launch, South Korea has become the 10th nation to put a payload into space using its own domestic technology, and the 7th to loft a payload of more than one ton to orbit — joining the ranks of the United States, Russia, Japan, China, France, and India.