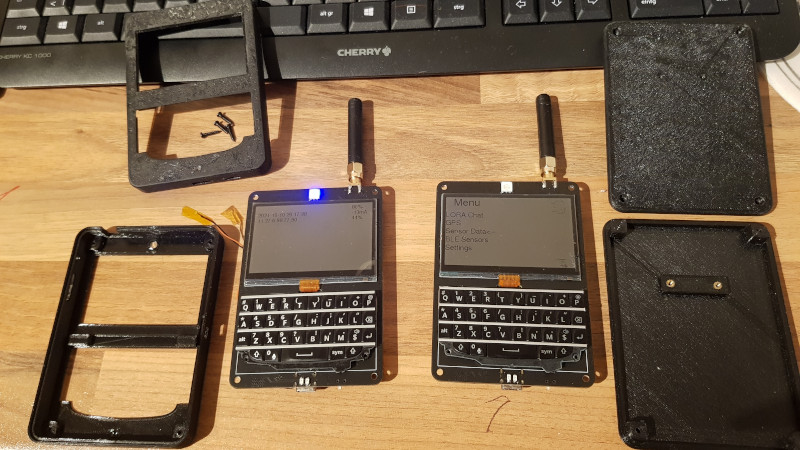 Affordable and reliable cell phones have revolutionized the way we communicate over the last two decades or so, and this change was only accelerated by the adoption of the smartphone. This is all well and good if you’re living in a place with cellular infrastructure, but if you’re in more remote areas you’ll have to be a little more inventive. This text-based communications device, for example, lets you send text messages without all of that cumbersome infrastructure.

While [Arthur] didn’t create this project specifically for off-grid use, it’s an interesting project nonetheless. The devices use a physical QWERTY keyboard and a small screen, reminiscent of BlackBerry devices from the late 2000s (partially because they are actually using BlackBerry keyboards). One of the other goals for this project was low power consumption, and between polling the keyboard, the memory LCDs, and receiving and transmitting messages using LoRa, [Arthur] was able to get the current draw down to 12 mA.

1 thought on “via HACKADAY: Long-Distance Text Communication with LoRa”

via HACKADAY: How is Voyager Still Talking After All These Years?