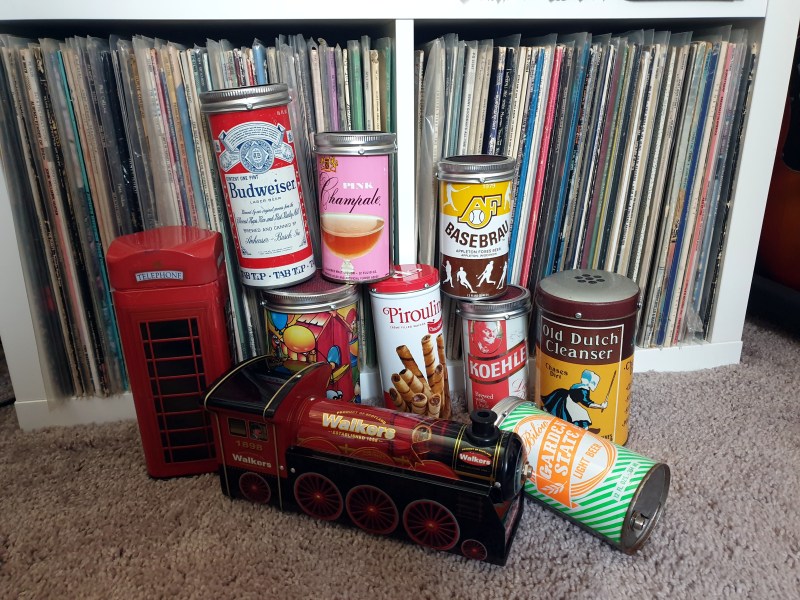 Sometimes, you just need an easy win, right? This is one of those projects. A couple months back, I was looking at my guitars and guitar accessories and thought, it is finally time to do something with the neck I’ve had lying around for years. In trying to decide a suitable body for the slapdash guitar I was about to build, I found myself at a tractor supply store for LEGO-related reasons. (Where else are you going to get a bunch of egg cartons without eating a bunch of eggs?) I  noticed that they happened to also stock ammo boxes. Bam! It’s sturdy, it opens easily, and it’s (very) roughly guitar body shaped. I happily picked one up and started scheming on the way home.

Having never built a cigar box guitar before and being of a certain vintage, I’m inclined to turn to books instead of the Internet, so I stocked up from the library. Among my early choices was Making Poor Man’s Guitars by Shane Speal, who is widely considered to be the guru on the subject. In flipping through the book, I noticed the beer can microphone project and was immediately taken by the aesthetic of some cool old 70s beer can with a 1/4″ instrument jack on the bottom, just asking for some dirty blues to be belted into it. I had to build one. Or twelve.

1 thought on “via HACKADAY: Lo-Fi Fun: Beer Can Microphones”