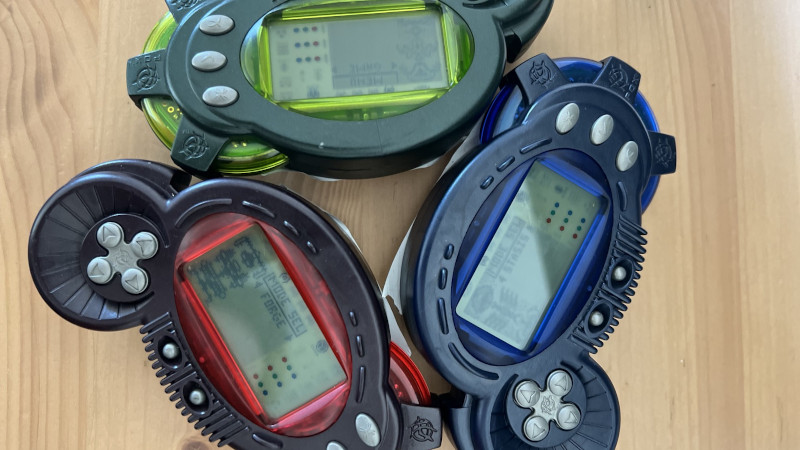 When you think old school handheld games, you probably imagine something like Nintendo’s Game Boy line or the Sega Game Gear. But outside of those now iconic systems, there was a vast subculture of oddball handheld games vying for a chunk of an adolescent’s weekly allowance. Many of these were legitimately terrible and frankly aren’t worth remembering, but a few offered unique features that were arguably ahead of their time.

One such game was Hasbro’s short-lived P-O-X. As explained by [Zachary Ennenga], the game didn’t spend much time on store shelves as its core concept of defeating undetectable alien invaders hell-bent on destroying our way of life proved to be more than a little problematic when it launched in September of 2001. But that doesn’t mean it didn’t have some cool ideas, such as a wireless ad-hoc multiplayer capability that let your game autonomously battle it out with other units that got close by.

Fascinated by this feature since his youth, [Zach] set out to study how this relatively cheap kid’s toy was able to pull this off back when even the flagship handheld consoles were still using physical link cables for multiplayer. He was aided in his quest by a particularly helpful patent, which not only gave him clues as to the frequency, data rate, modulation, and encoding of the RF signal, but even explained the game’s logic and overall structure. A lot of what was in the document seemed wishful thinking on the part of Hasbro, but reading through the marketing speak still uncovered some salient technical details.

Via Southgate: Foundations of Amateur Radio