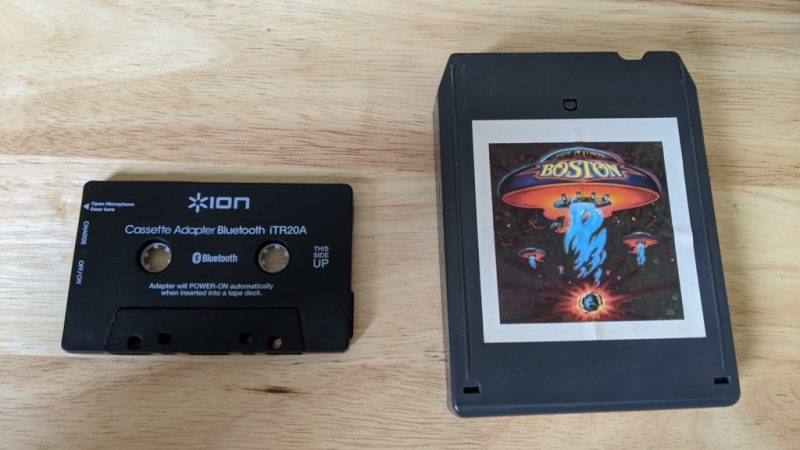 When it comes to classic cars, the entertainment options can be limited. You’re often stuck with an old cassette deck and AM/FM radio, or you can swap it out for some hideous flashy modern head unit. [Jim] had a working 8-track deck in his Corvette, and didn’t want to swap it out. Thus, he set about building himself a simple Bluetooth to 8-track adapter.

The hack is straightforward, with [Jim] grabbing a Bluetooth-to-cassette adapter off the shelf. These simply take in audio over Bluetooth, and pipe the analog audio out to a magnetic head, which is largely similar to the head that reads the cassette. Pumping the audio to the magnetic coils in the adapter’s head creates a changing magnetic field essentially the same as the audio tape moving past the cassette reader head. It doesn’t really matter whether you’re working with an 8-track player or a regular cassette. Get the magnetic field in the right spot, and it’ll work.