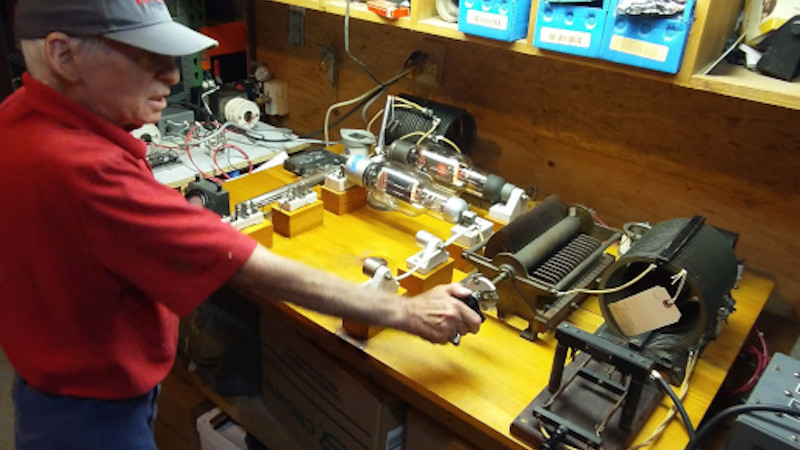 Our Hackaday team is spread across the world, but remains in easy contact through the magic of the Internet. A number of us hold amateur radio callsigns, so could with a bit of effort and expenditure do the same over the airwaves. A hundred years ago this would have seemed barely conceivable as amateurs were restricted to the then-considered-unusable HF frequencies.

Thus it was that in December 1921 a group of American radio amateurs gathered in a field in Greenwich Connecticut in an attempt to span the Atlantic. Their 1.3 MHz transmitter using the callsign 1BCG seems quaintly low-frequency a hundred years later, but their achievement of securing reception in Ardrossan, Scotland, proved that intercontinental communication on higher frequencies was a practical proposition. A century later a group from the Antique Wireless Association are bringing a replica transmitter to life to recreate the event.

A free-running oscillator is today rarely seen in a radio transmitter, but at the time their single-tube Colpitts oscillator using a UV-204 transmitting tube would have been considered a stable source. That fed a 1KW power amplifier using three more UV-204s in parallel, which in turn fed a Marconi-style T antenna design with an earth counterpoise of multiple radial wires. The replica was originally built for an event in 1996, and substitutes the similar 204A tube for the now unobtainable UV-204. Even then, hundred-year-old tubes are hard to find in 2021, so they could only muster a single working example for the PA.

via HACKADAY: Detect Lightning Strikes with an Arduino

via HACKADAY: The Curious Case Of The Radio Amateur And The Insulin Pump

via HACKADAY: Detect Lightning Strikes with an Arduino

via HACKADAY: The Curious Case Of The Radio Amateur And The Insulin Pump

Via the ARRL: VoIP Hurricane Net to Activate