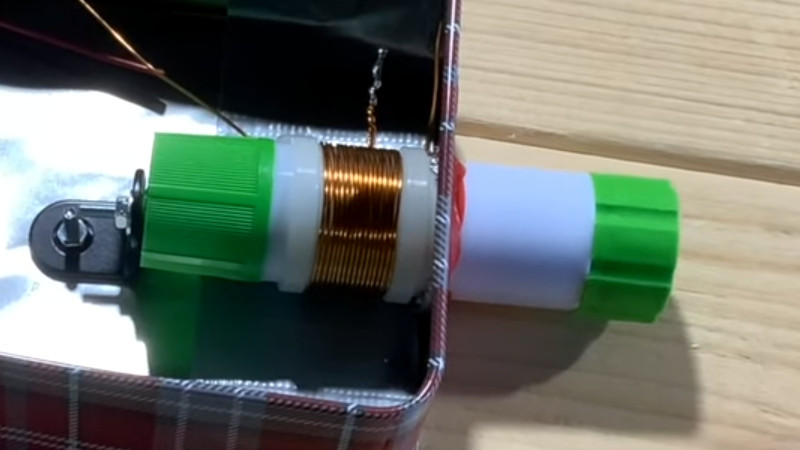 A few months ago we brought you some experiments from [Bill Meara, N2CQR], in which he investigated the use of a glue stick as the former for a permeability tuned inductor. His set-up was very much in the spirit of experimentation, and we’re very pleased to now see [Nick, M0NTV] has taken the idea and demonstrated it for the 7 MHz, or 40 meter, amateur radio band.

The result can be seen in the video below the break, and is housed in a tin enclosure that we’re guessing once contained toffees. The oscillator circuit comes courtesy of [Ashar Farhan VU2ESE] of BitX transceiver fame, but we’re most interested in the glue stick coil former which makes use of a small bracket for stability. With the glue removed, he’s mounted a ferrite ring in its glue carrier which is moved in and out of the coil. We’re guessing this could also be done with other permeability-altering materials, for example we’d follow [VU2ESE]’s lead and try a piece of brass.